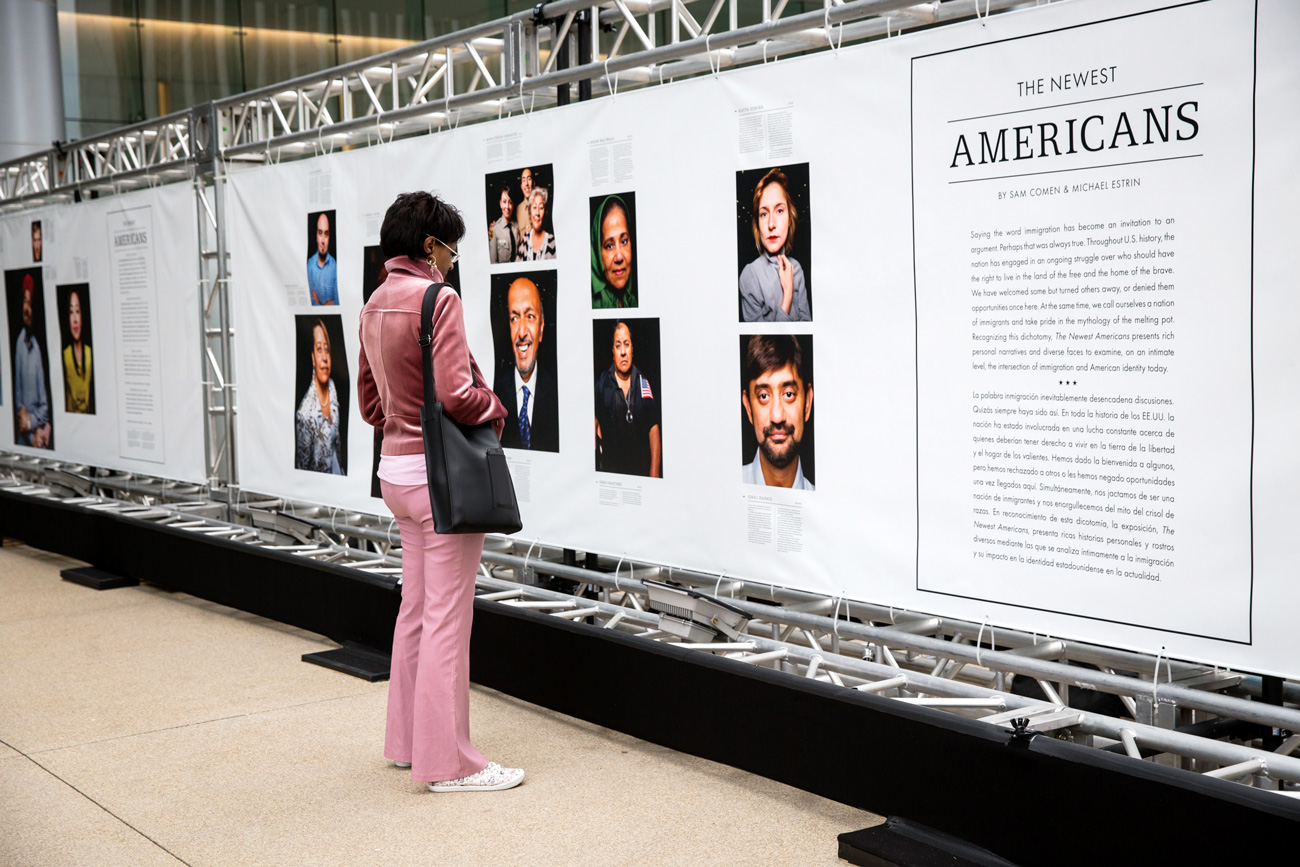 Saying the word immigration has become an invitation to an argument. Perhaps that was always true. Throughout U.S. history, the nation has engaged in an ongoing struggle over who should have the right to live in the land of the free and the home of the brave.

We have welcomed some, but turned others away or denied them opportunities once they are here. At the same time, we call ourselves a nation of immigrants and take pride in the mythology of the melting pot.

Recognizing this dichotomy, The Newest Americans presents rich, personal narratives and diverse faces to examine, on an intimate level, the intersection of immigration and American identity today.

In the immediate aftermath of the 2016 election, the political climate was saturated by efforts to build a wall, enact a Muslim ban, and carry out mass deportations.

Against this backdrop, Sam Comen and Michael Estrin photographed and interviewed dozens of new citizens at two naturalization ceremonies in Los Angeles during February and March of 2017. They asked these newest Americans to tell them how and why they came to this country and to share their American Dreams.

Sam Comen is a documentary photographer based in Los Angeles. His work is commissioned by national publications and collected by leading institutions. Through his portrait essays, Comen investigates American identity in order to facilitate tolerance, understanding, and inclusivity between disparate communities.

Michael Estrin is a novelist and journalist living in Los Angeles.