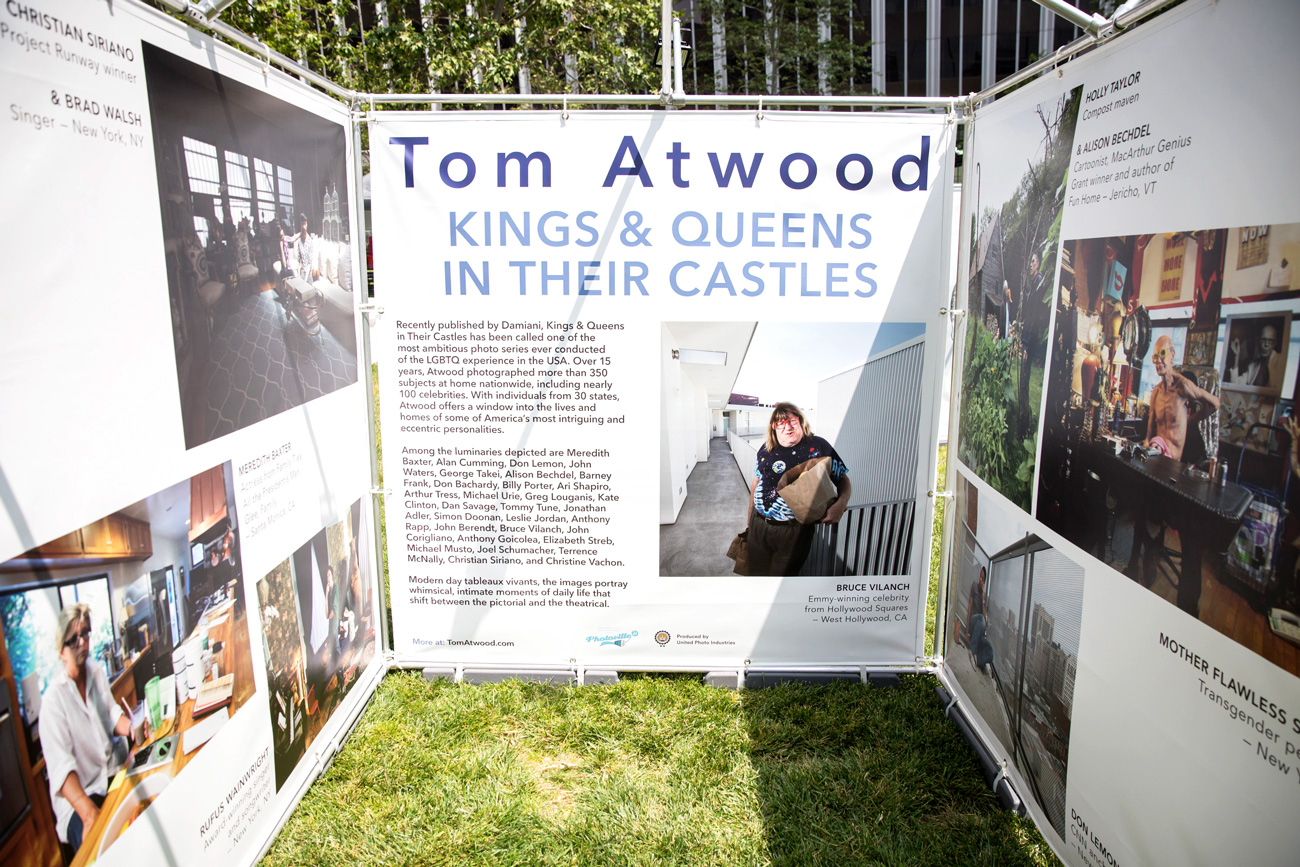 Kings & Queens
in their Castles

Kings & Queens in Their Castles has been called one of the most ambitious photo series ever conducted of the LGBTQ experience in the USA. Over 15 years, Atwood photographed more than 350 subjects at home nationwide, including nearly 100 celebrities. With individuals from 30 states, Atwood offers a window into the lives and homes of some of America’s most intriguing and eccentric personalities.

Modern day tableaux vivants, the images portray whimsical, intimate moments of daily life that shift between the pictorial and the theatrical. Alongside creatives such as artists, fashion designers, writers, actors, directors and dancers, the series features business leaders, politicians, journalists, activists and religious leaders. It includes those who keep civilization running, such as farmers, beekeepers, bartenders and innkeepers, as well as some miscellaneous athletes, students, professors, drag queens and socialites.

Tom Atwood’s recent work has focused on portraits of people at home. He has shot over 100 luminaries including Hilary Swank, Julie Newmar, Buzz Aldrin and John Waters.

His second book, Kings & Queens in Their Castles, was recently published by Damiani. The book won multiple awards including First Place in the International Photography Awards (book category) as well as a Lucie Award (book-other category).

Atwood has a Bachelors from Harvard University and a Masters from Cambridge University (England). He has lectured on photography at various organizations and universities including UCLA, UCSB and the School of Visual Arts.

He has been a juror for London’s Worldwide Photography Gala Awards and was a portfolio reviewer for Popular Photography and American Photo.

Based in New York, Atwood has lived in Los Angeles, San Francisco, Boston, Amsterdam and Paris. He grew up on a dirt road in the woods of Vermont.